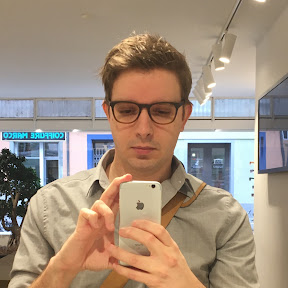 Co-authored with Stephen Morey. Originally submitted for a workshop entitled Bottom up and archaeobotanical approaches to reconstructable Tibeto-Burman material culture at the 24th International Conference on Historical Linguistics at ANU in Canberra, Australia.

The Tangsa (Naga) languages of Northeast India (Morey 2017) have borrowed from Tai a significant vocabulary of terms relating to agriculture (such as Proto South-Western Tai PSWT *naːA ‘paddy field’, *pitD ‘duck’, *ɟa:ŋC ‘elephant’), and social organisation (such as PSWT *mɯaŋ ‘country’). The tone categories in contemporary Tangsa languages into which these words are organised generally match the tone categories suggested for proto Tai – which in open syllables are conventionally notated as A, B and C (Pittayaporn 2009).

Our analysis of Tangsa Tone systems (van Dam 2018) suggests three tones on open syllables, which we have numbered 1, 2 and 3 and a tone 4 for stop final syllables. The open syllables are realised in different ways in different Tangsa varieties. Despite such variation, it is clear that tone 1 is glottal or creaky, tone 2 is modal and tone 3 in some varieties is breathy. These tones correspond respectively to tones C, A and B tones Tai borrowings which show the same phonation distinctions. Words with final stops in Tai are realised with final stops in Tangsa.

These words have undergone regular sound changes in the Tangsa varieties, such as *na to ne² (Cholim), ni (chamchang) nəi² (mungre). These same sound changes — such as *a > /a/, /e/, /i/, /əi/ — have occurred on native vocabulary, and this suggests a date of borrowing that must be at least several hundred years ago to allow for these sound changes to have developed.

This correspondence clearly suggests (i) that the Tai borrowings happened prior to or around the time that the three tone categories in Tai had split into A, B and C, and (ii) at a time when the Tangsa varieties had not yet begun to diverge from each other, and when phonation variation — the origin of Tangsa tonal distinctions — was similar to the form of the tone categories in Tai.

We will also examine the traditional song texts, the Wihu song, to explore the extent of the use of this vocabulary in the song, which details the development of material culture and agriculture.